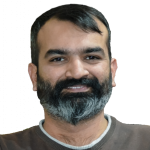 Posted on July 29, 2020 By abbas In cloud services, VPN Services In this modern world, most people are becoming tech-savvy, but there are still a few things, even such individuals fail to see. If you buy a wrong product or a product which will not be able to suffice your requirements, you will not only waste money but also it’ll be harassment.

Suppose that you bought a VPN which was not the recommendation of your operator, but something you thought would be good. There is a high chance that it can be cheap, and is not capable enough to meet your necessity. Therefore, it is recommended to buy such a product only after verifying with your operator.

However, if you are looking to purchase a VPN, there are a few red flags that you need to consider. Following are a few of such red flags:-

• You may not be able to visit every website

Why do you need to consider the red flags before buying a VPN?

In simple words, You are purchasing such products to get a better internet facility, and if you are not mindful before buying a VPN, you may not get what you were looking for. Further, there are security threats, which a consumer shouldn’t take lightly. Not only it can lead to data-mining, but can also pose several cyber attacks. A person who is not directly involved in this field may not be able to purchase a valid product, from a trustworthy location; hence it is advised to communicate with your operator.

The issues mentioned above are a few of the aspects which you need to be mindful of before purchasing a VPN. It may seem not very clear, hence, getting suggestions from an operator is recommended.

The usage of VPN is ever increasing, because It is smarter, swifter, and overall somehow cost-efficient than the previous methods. However, a lot of individuals prefer to use SD-WAN. The line comparison between the two can be drawn depending on their prices.

However, there are a few more aspects that you should consider if you want to compare between the two. Following are a few of the areas of comparisons between WAN and MPLS (VPN):-

• Cost:- One of the primary aspects of the difference between WAN and VPN is regarding their price, which is a sensitive aspect depending on the present circumstances of the economy. According to observation, it can be determined that a VPN is capable of outweighing upfront costs by a large margin.

• Configuration:- If you are required to ask to manage a website of an enterprise, it’ll not be easy to do with WAN, because, if you add numerous sites into its facility it can lead to severe malfunction.

• Performance:- There are pros and cons in both the software; however, it should be mentioned that VPN does not possess features like dynamic path selection, which results in latency.

• Reliability:- It can be said that while VPN is more suited for public internet, WAN has been the backbone of various Tier-1 providers across the globe.

In light of this matter, it can be said that there are a few more aspects of these products which you should go through before buying one, such as –

WAN is somehow known for being “self-healing”. WAN can automatically repair any outages going within the network of data cloud, branch offices, etc.

WAN is relatively more comprehensible than a VPN. This, in turn, enables WAN to overpower any local VPN, and completely omit the usage of VPLS and MPLS networks.